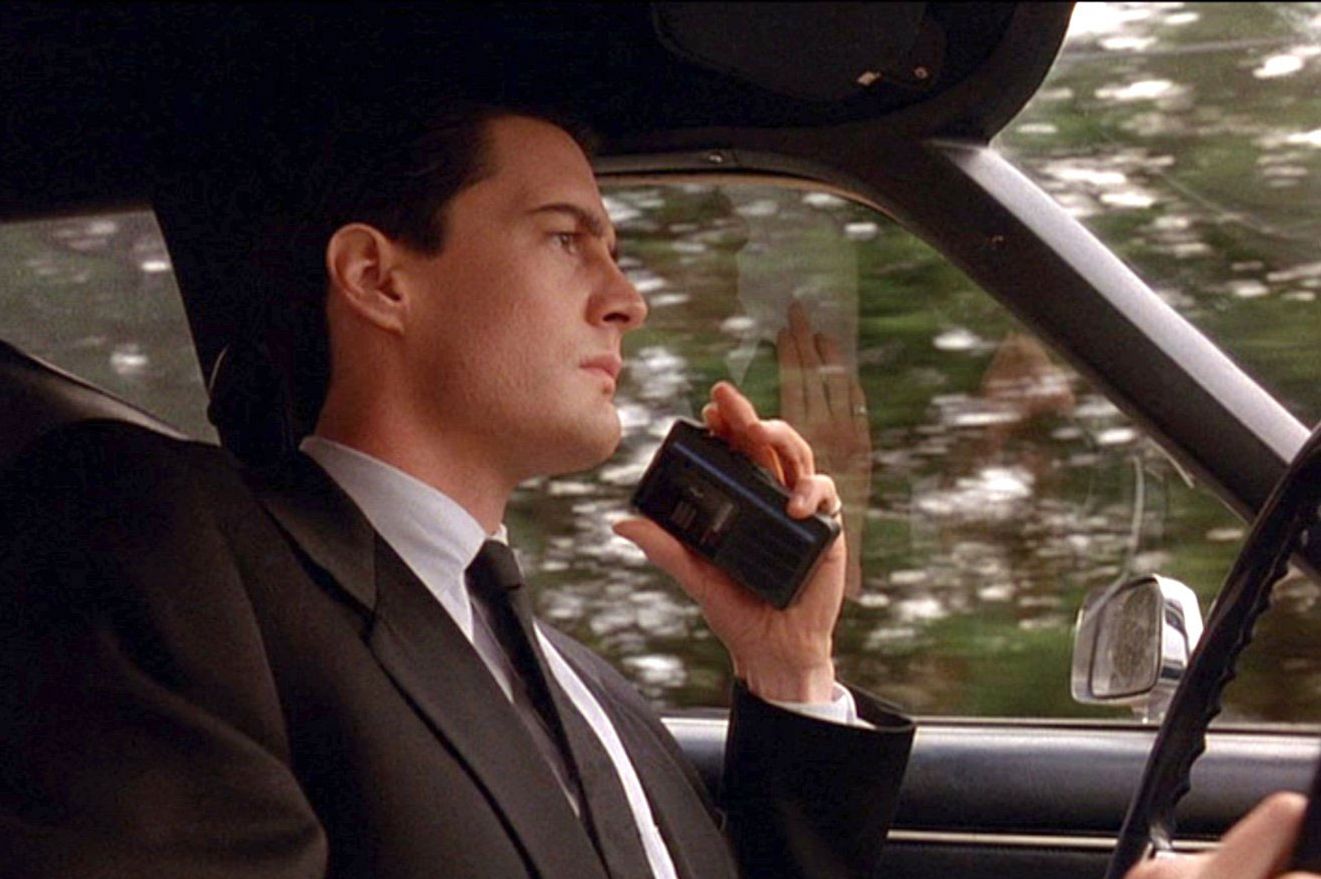 In a world of unfamiliar new actions like wearing masks in public, circus-level contorting to avoid bumping into someone accidentally in a store, or navigating a life that’s suddenly isolated and made even more digital, we find ourselves turning to simple comforts like art, reading, cooking, or binge-watching favorite shows. The pandemic has been difficult in many ways, but I am grateful that it ignited an old creative spark in my life. My husband and I are huge fans of David Lynch, and we’ve been re-watching Twin Peaks, sometimes two or three episodes at a time. It’s been recognized that the show deserves close watching and is worthy of detailed analysis, and there’s one element that I find particularly relevant during the pandemic: the process of mediation. Mediation is the process of information passing through a medium.

As I’ve noticed in my re-watching of the series, Lynch makes visible the invisible inner workings of media by either showing the device itself (slow trailing shots of a phone cord, frequent closeups of tapes/tape recorders) or by showing a medium being misused or its failure to work (Gordon Cole’s trouble with his hearing aid, the mayor’s inability to operate a microphone, or when Lynch accidentally caught a set dresser’s reflection on camera and was inspired to make him a character in the show). When Lynch highlights a medium in this way, it makes us hyper-aware of the process of mediation in communication. I think of how communication is being mediated currently through platforms like Zoom and Google Hangouts and how we have become hyper-aware of the various media we’re using in our quarantined life, especially through malfunctions and possible threats to security that seem inherent in the medium itself: any medium carries with it its own repertoire of malfunctions and failures. 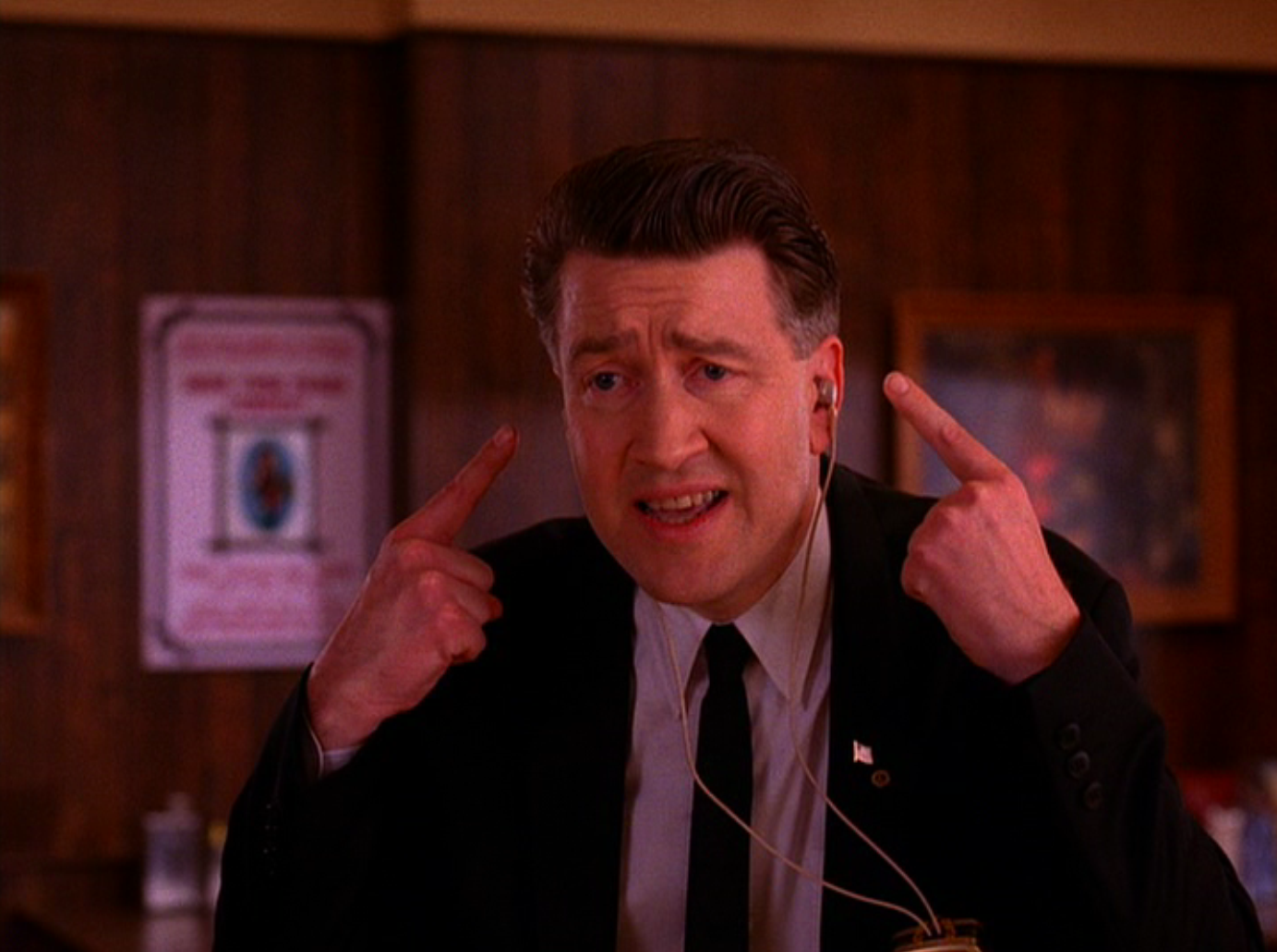 Video calls will never take the place of speaking to someone in real life, and there are added quirks we have to deal with that remind us of the medium we’re using: someone forgets to unmute themselves, someone forgets to mute themselves, video-bombing, poor internet connection, freezing images, and robotic voice sounds. These glitches make us hyper-aware of the technology we are using and how our quarantined selves are being mediated through these platforms.

With media usage increasing and media being adapted for originally unintended uses, we’ll begin to see technology advance quite rapidly. Taking on a Lynchian spirit of experimentation, advertising can leverage these emerging ways of media hyper-awareness and how the malfunctions and failures of a medium both demarcate its boundaries and indicate new possibilities for repurposing and redefining. While it’s important to run tried-and-true methods to provide an immediate revenue stream, for many non-profits, now is the time to experiment with both media and content, especially on platforms like paid social. Given the popularity of videoconferencing and its low production cost, many brands and organizations are using these platforms to engage with their constituents or using these platforms in their ads. I saw a Progressive commercial recently where all of the insurance agents are on Zoom and things go haywire with the conversation (people talking over each other accidentally, one of the agents forgets to unmute/mute herself multiple times, etc.). This is clearly just touching the tip of the iceberg. It’s an exciting new world for media — let’s grab our cherry pie and coffee and have fun with it.