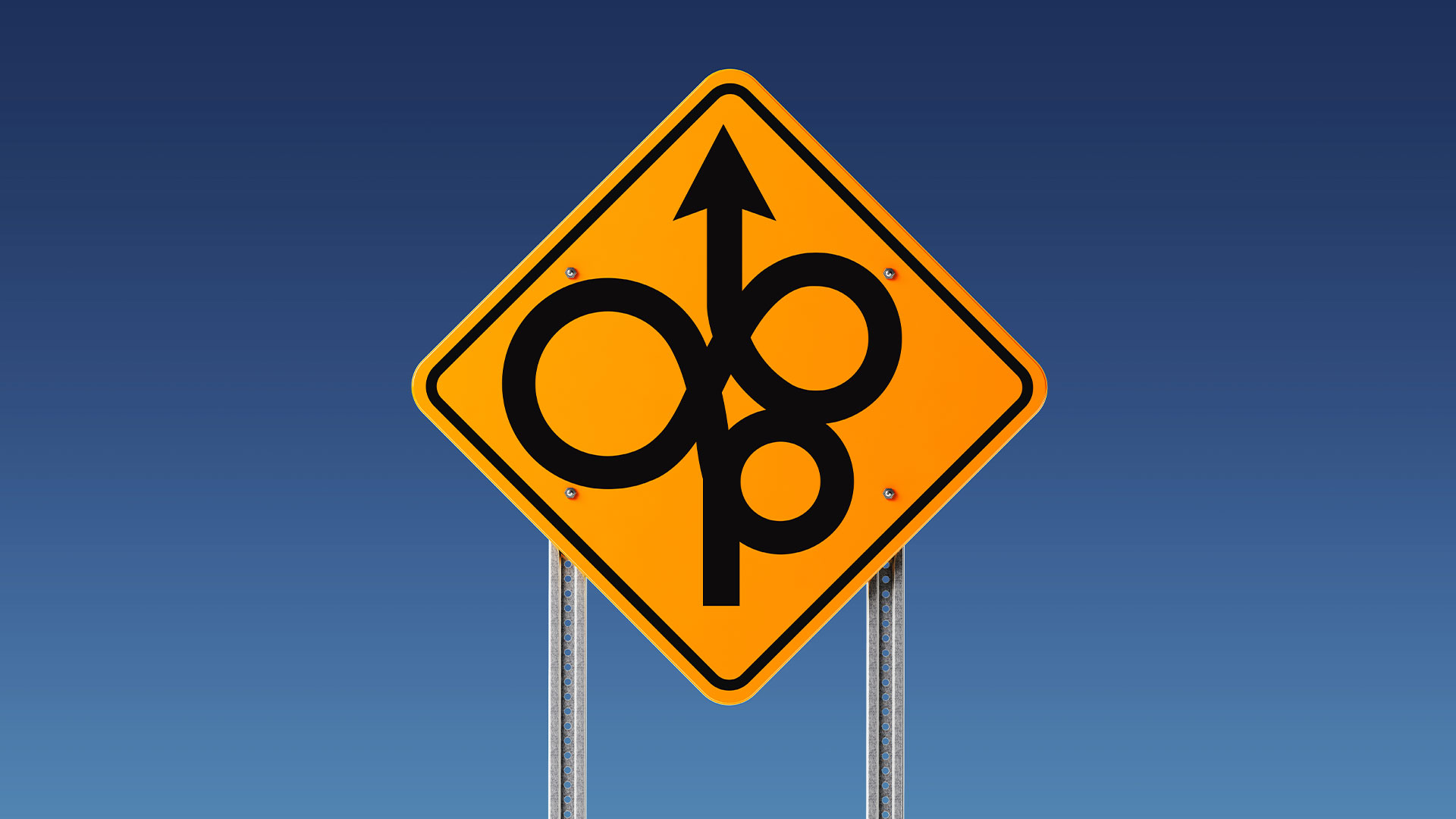 Whether it’s a campaign to encourage face mask wearing and proper social distancing or selecting a safer cleaning product, True North’s Makery team has leapt at every opportunity to flex our creative muscles to streamline messaging and execute smart, direct public service campaigns to educate and enlighten citizens.

We were inspired by our recent influx of new work in the public sector that for this week’s Romp Challenge the True North creative team tackled the redesigning of common road signs.

Stop. Yield. Road work ahead! Road signage is a near-universal language to keep everyone on the road safe and informed. But could these traffic instructions be improved?

For the sign redesign assignment, you could either rewrite a new and clearer message or sketch up a better visual cue for drivers to prevent wrong turns, getting lost, ending up at a dead end, or even a potential accident. After all, simplifying signage is as much of safety solution as it is a creative one.

Below, some True Northers took a practical approach, while others were more imaginative and otherworldly with their sign solutions:

“The soft shoulder sign is supposed to indicate that the pavement transitions into gravel/dirt at the shoulder. The term “soft” doesn’t inform drivers of this potential danger to lose control of your vehicle, so the redesigned version changes the phrasing from “soft” to “unpaved” for easier understanding. Along with this messaging is a graphic that shows a vehicle off-kilter as a result of the uneven shoulder.”

“I chose to redesign signs that were too dependent on English to convey their message. For playground, which currently uses the near-nonexistent seesaw, I wanted to convey the image of a ball flying into traffic. For Road Construction, these symbols are universal and gender nonspecific.” 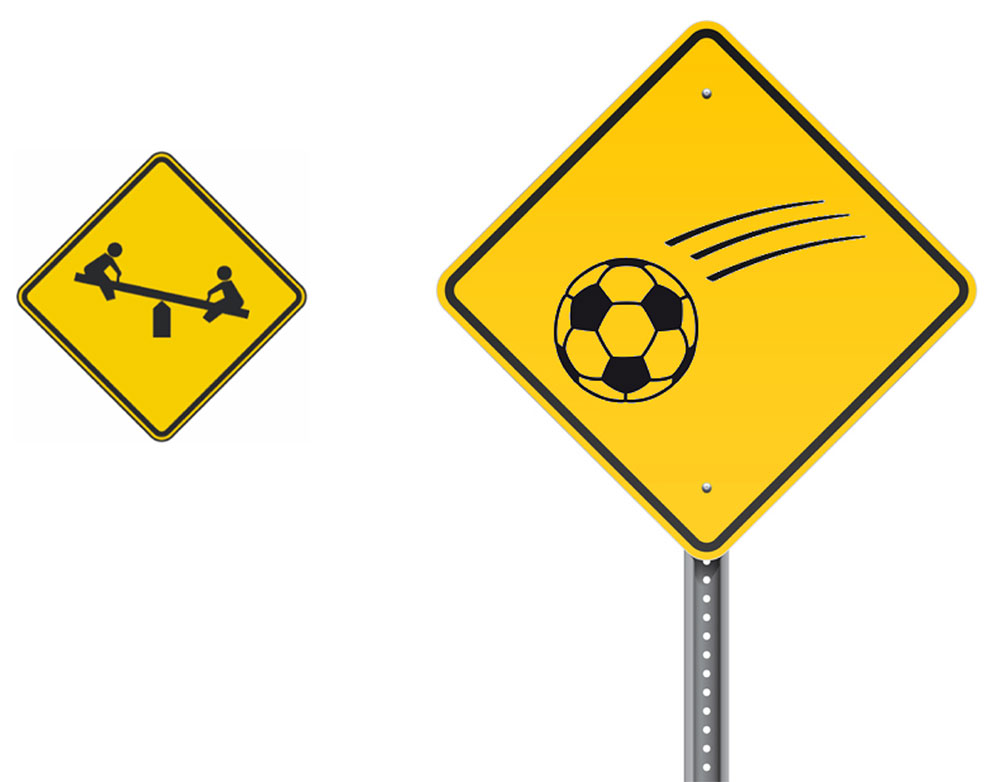 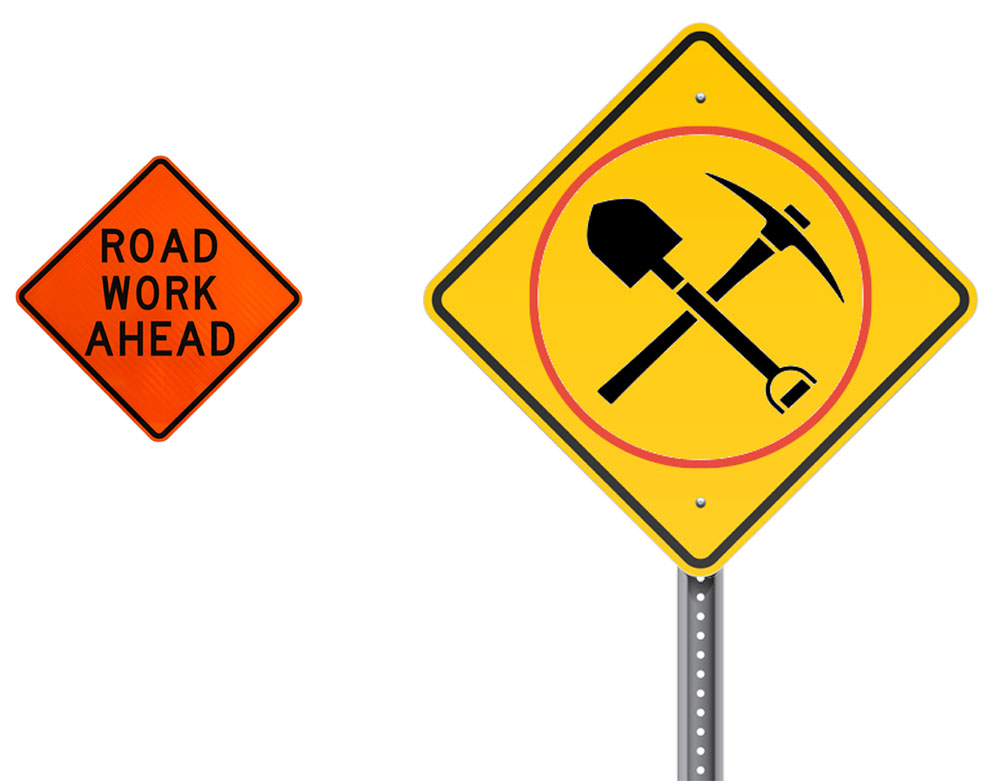 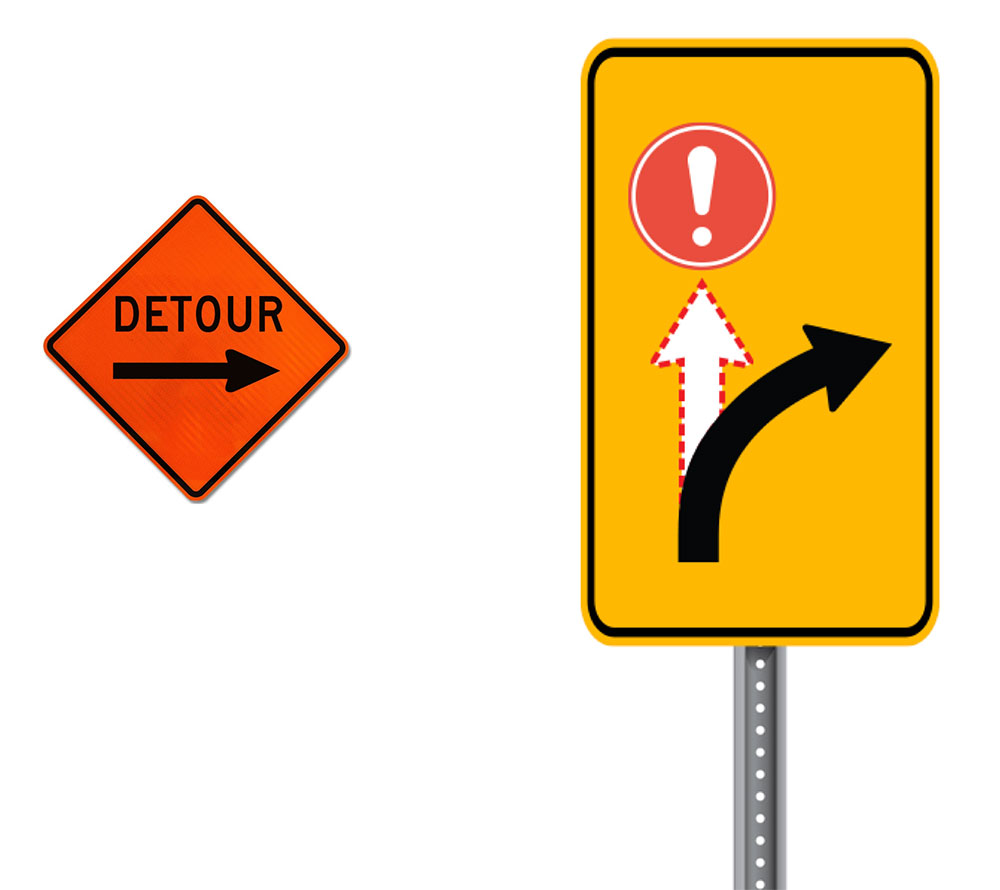 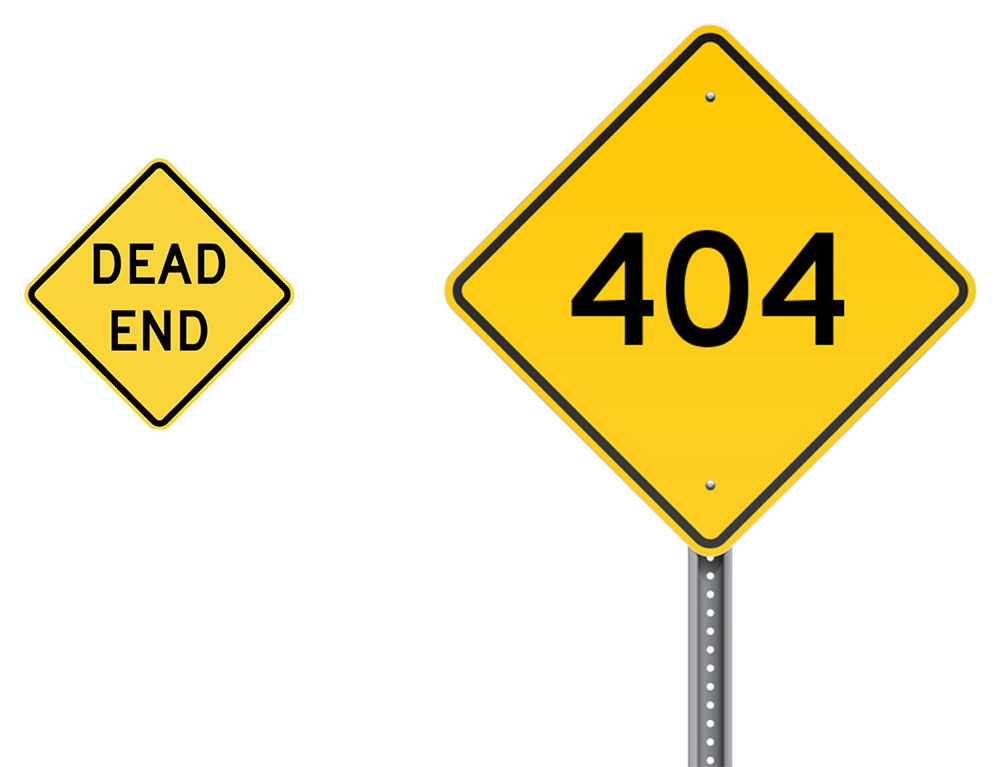 “Despite its morbid expression, the Dead End sign tends to be ignored by the number of intrepid drivers who end up having to turnaround. With that in mind, these four signs were conceived without words to graphically depict the idea of a dead end to grip a driver’s attention before it’s too late.” 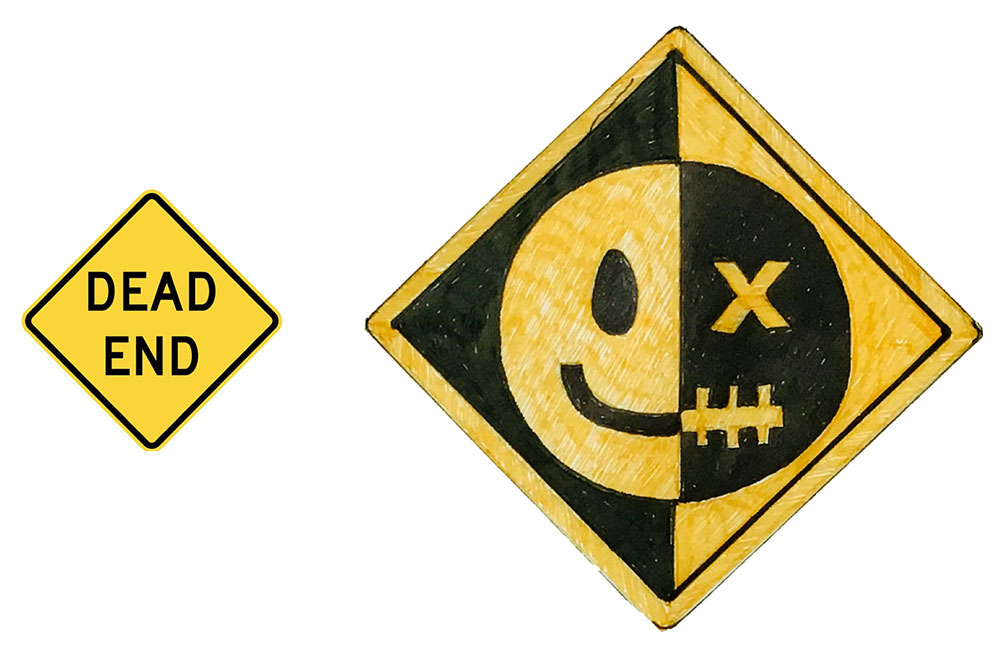 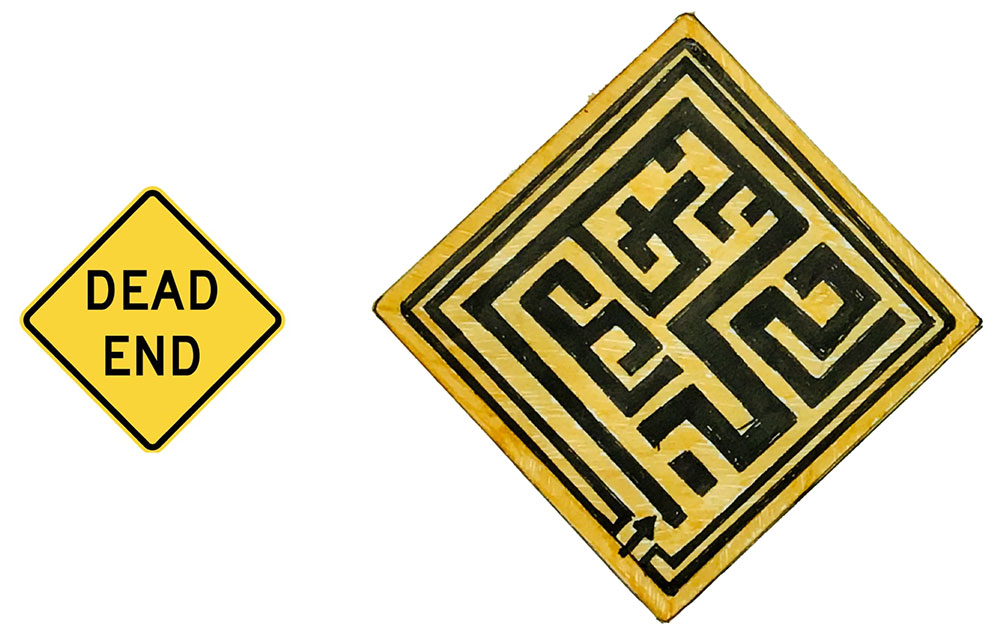 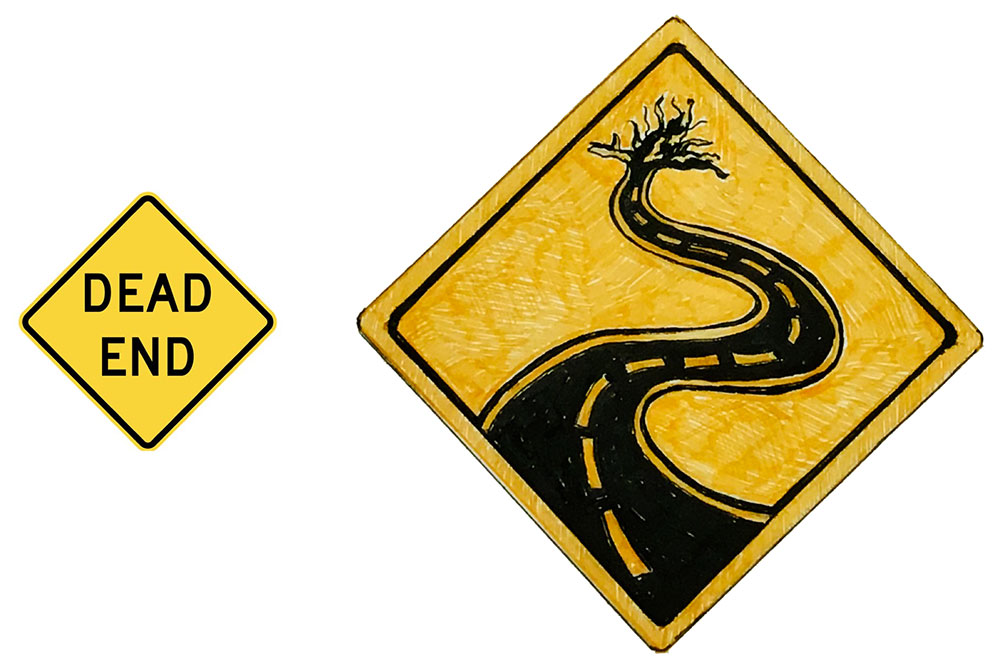 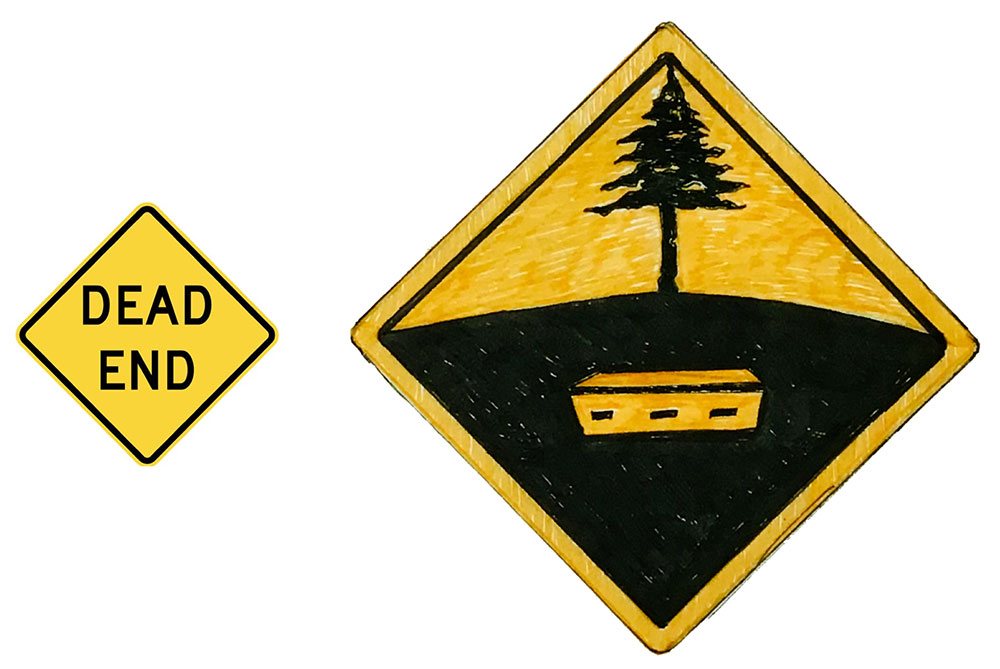 “For non-native English speakers, “Dead End” and “No Outlet: may be confusing. It’s defined as no exit or a road that goes nowhere. So why not say that? “DEER XING” or “WILDLIFE CROSSING” sound almost beautiful and lack urgency. “Avoid deer in your headlights” tells you what could happen to you, paired with “danger” for extra emphasis.” 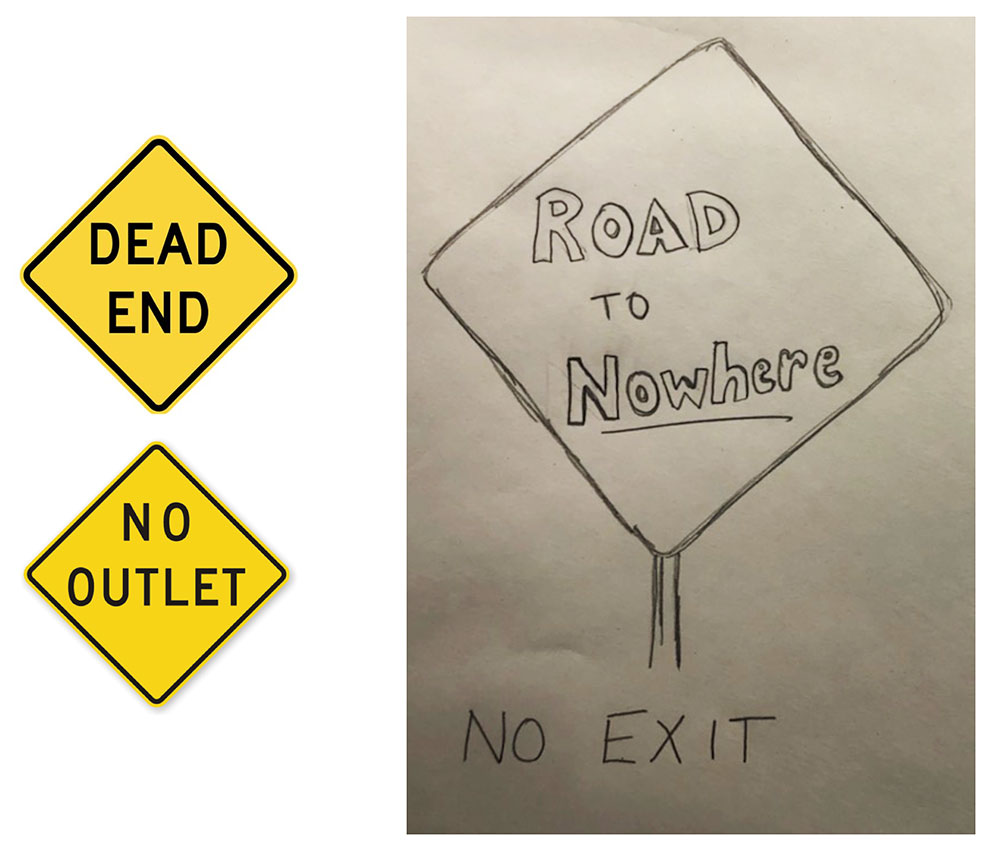 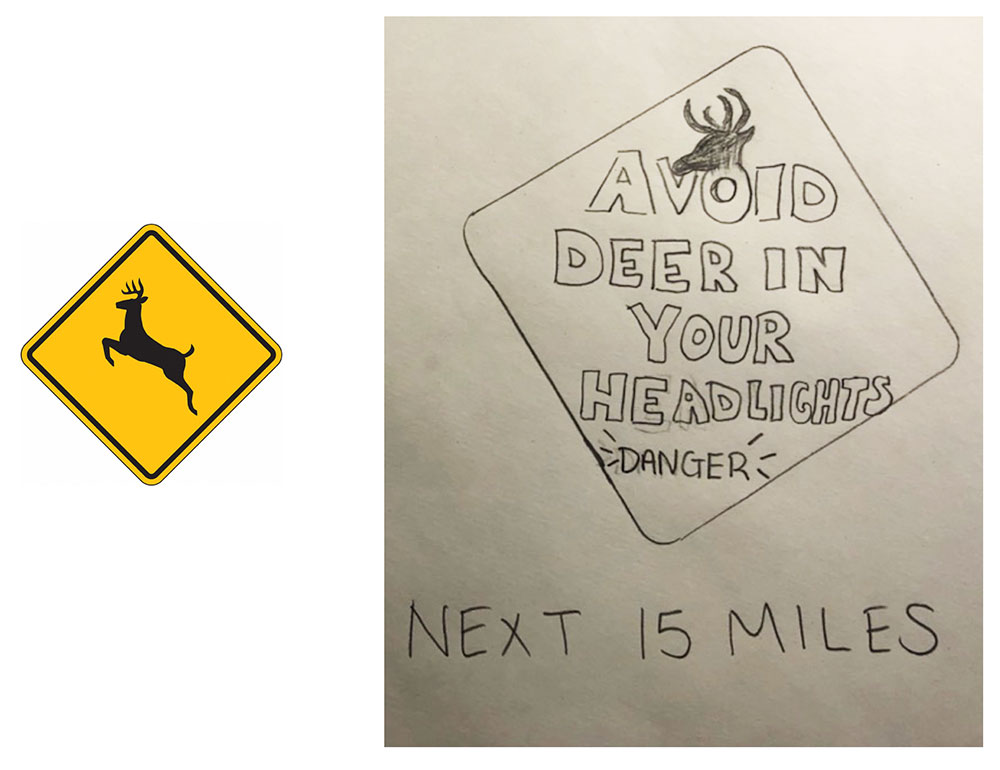 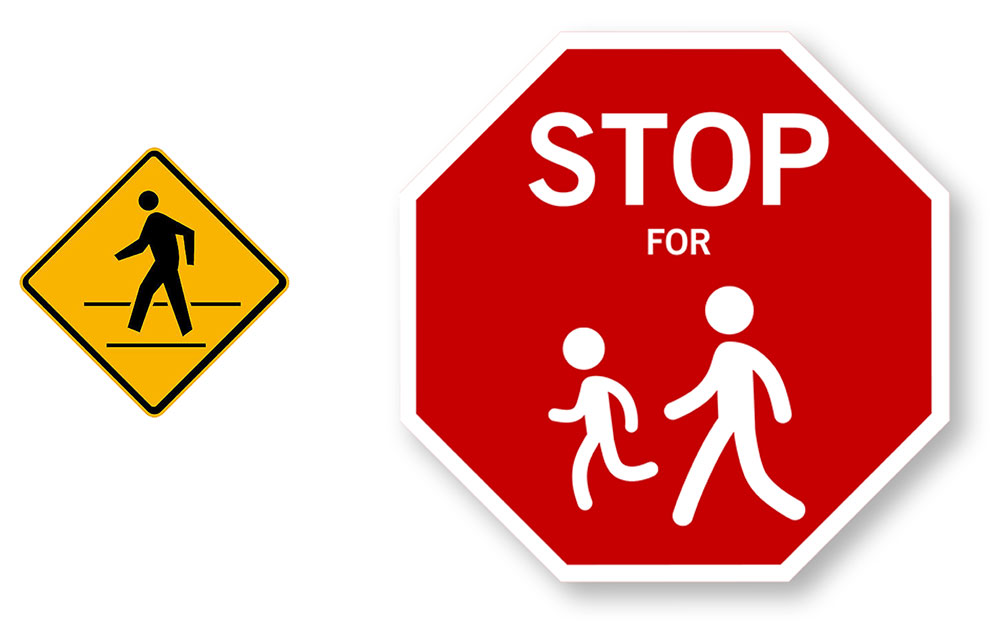 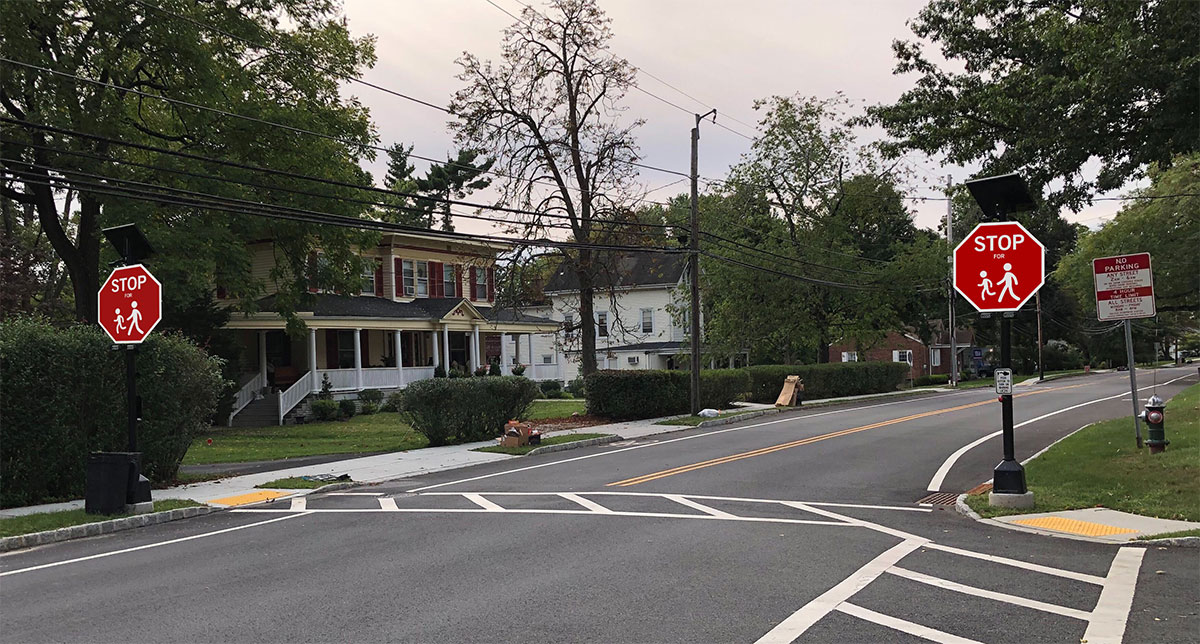 “Rainbow-gradient graphics are all the rage right now on Instagram, complete with the unique kerning of buzzwords such as “normalize _______” or “it’s OK to ______.” What better way to attract the attention of Zoomers and Zillennials behind the wheel than by speaking their online language IRL?”

“Road signs will be hard to miss if they’re garish neon colors, so I swapped the classic color palette for pinks, teals, and purples to make sure that no navigational tidbit is overlooked.”

“I wanted to create a simple, visual representation of the classic sign. It’s straightforward and clear for quick understanding. I also created a few signs that you might come across in a TV- or movie-specific world.” 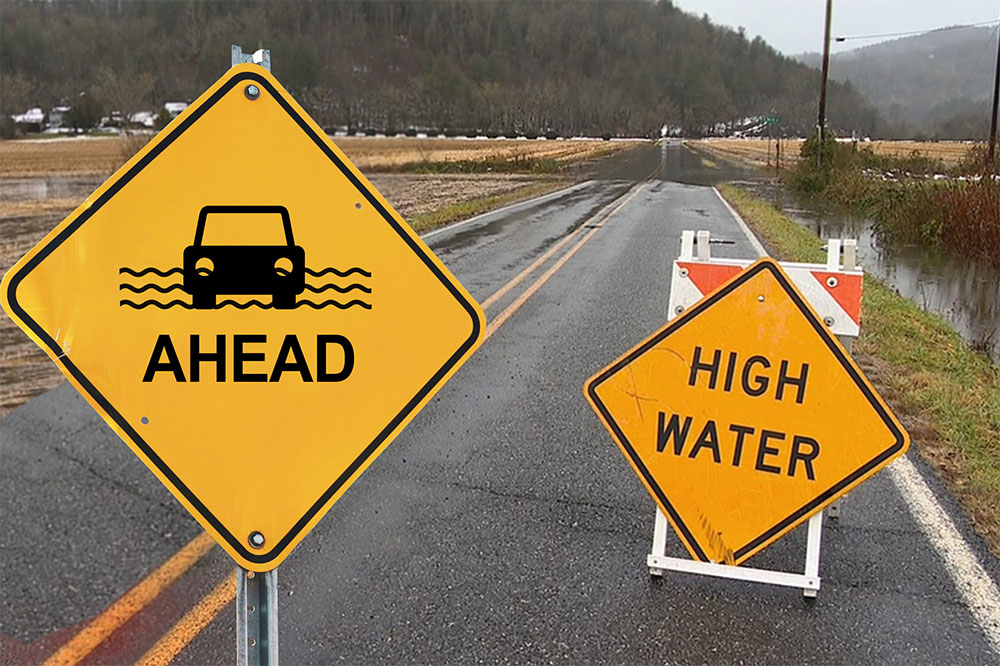 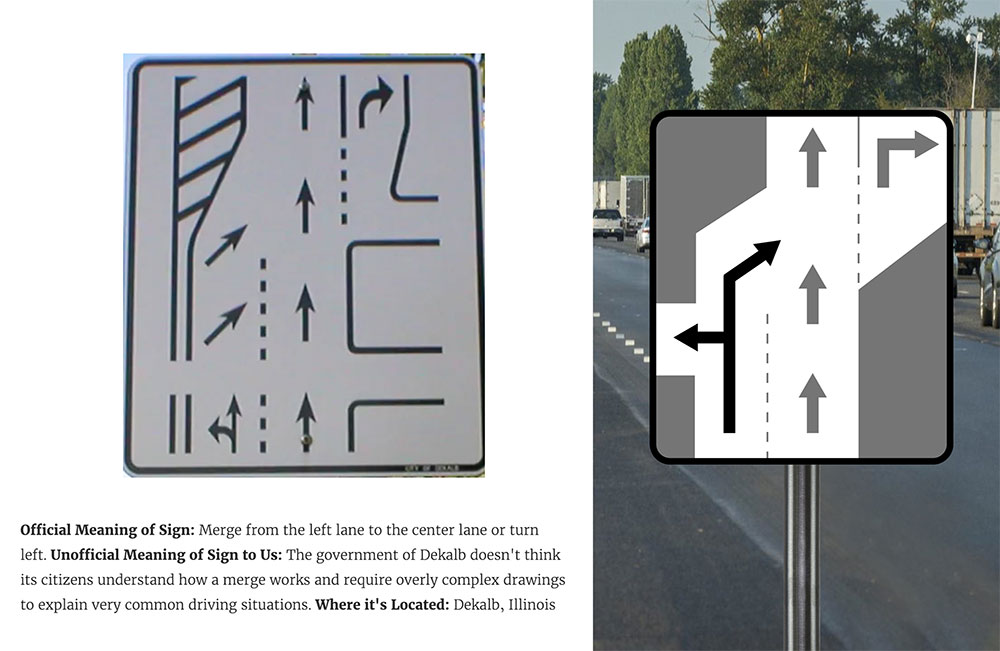 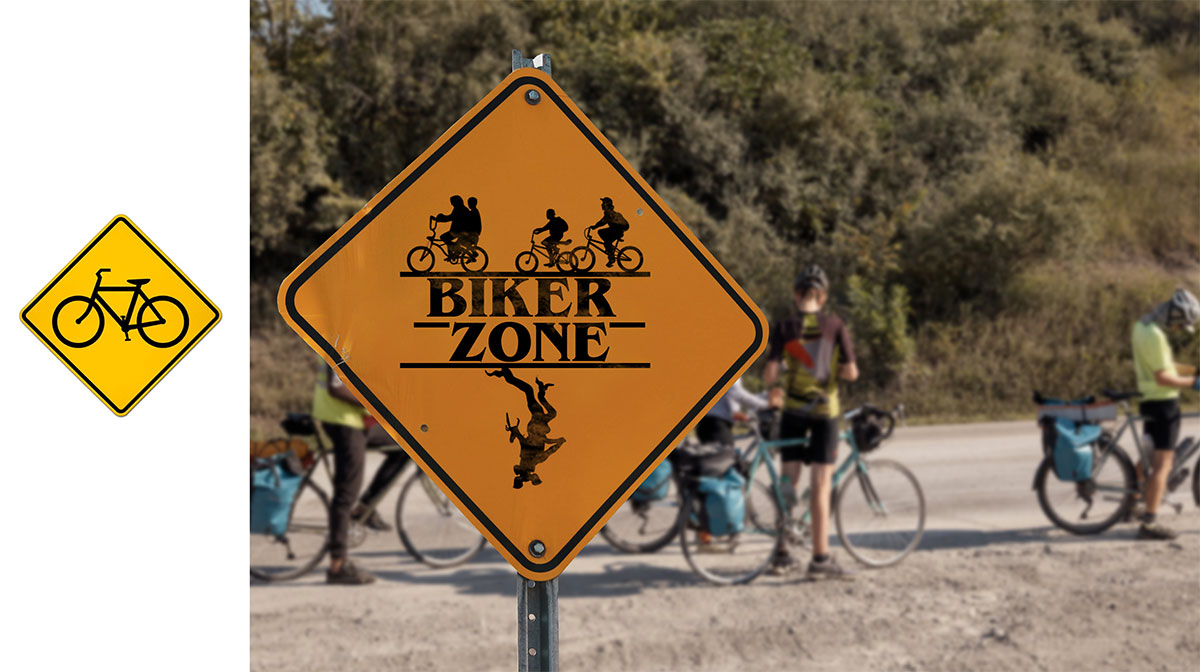 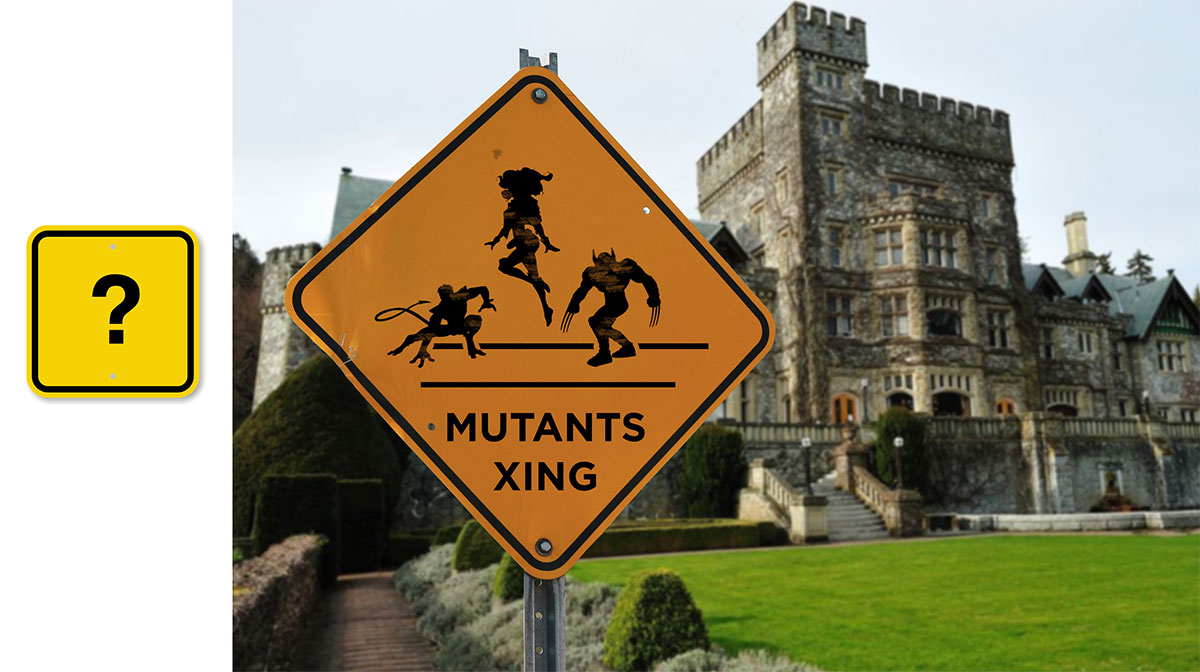 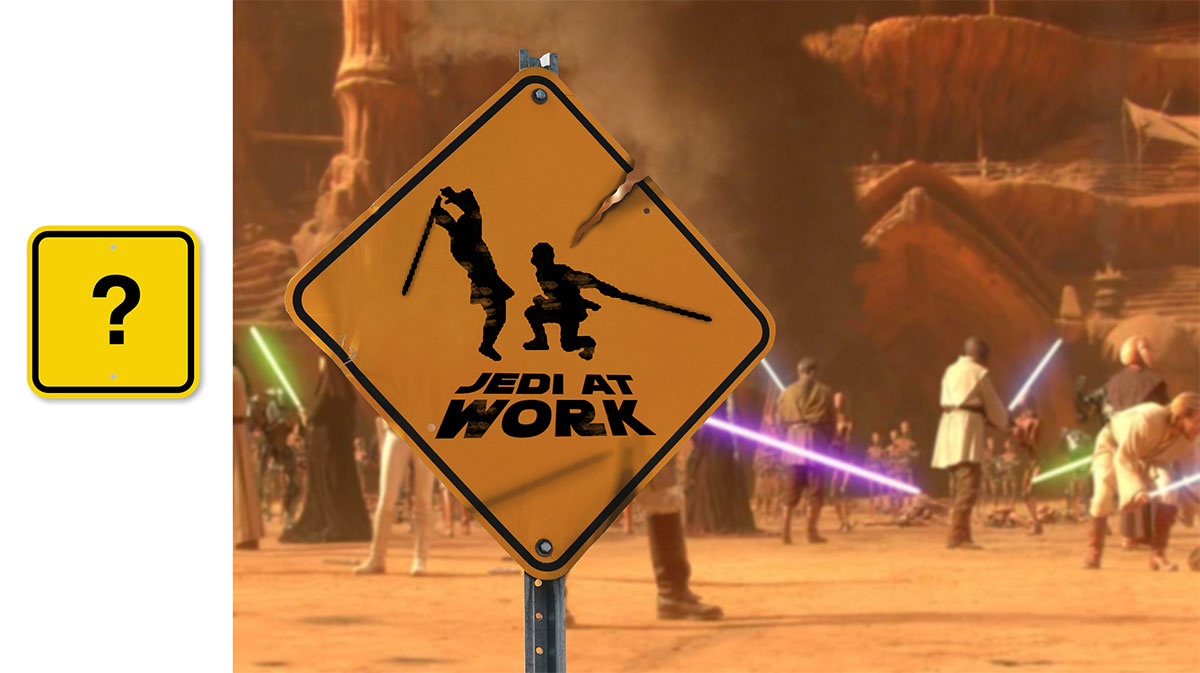 “The more I stared at road signs, the more I thought about how they would look in a magical world setting. Perhaps there would be a troll bridge that would charge you to cross into Manhattan, an area where witches roamed and had magical effects on the land and all who entered, or maybe there would be random zombies rising off the graveyard across the highway.”

“Honestly, I’ve just been itching to incorporate LL Cool J into anything.” 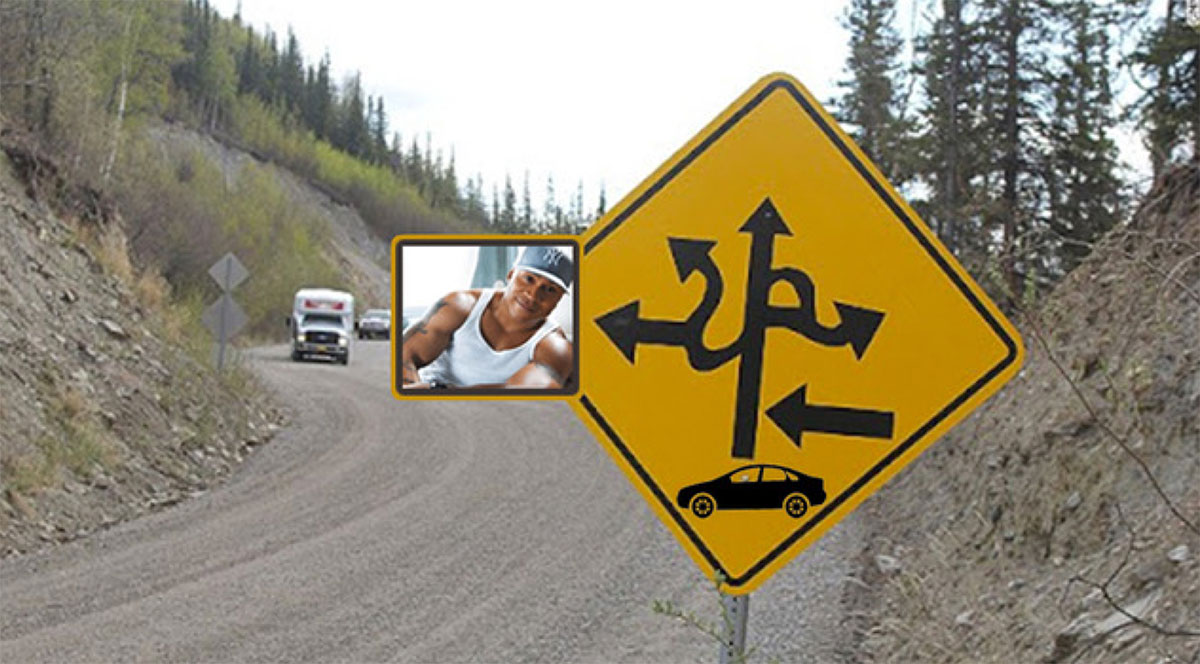 The views and opinions expressed by the content in this blog are those of the authors and do not reflect the official position of LL Cool J or meant to harm his image. LL Cool J is an American rapper and hip-hop legend. He’s been here for years: llcoolj.com/